Heeeey hey!
I'm back from my holiday and hideously tired but wanted to check in as I haven't posted much in October... Because of being on holiday!
Our time in Florida was amazing and I have so many things to write about when my brain is back on UK time and I'm not broken from the travelling.
I'll also be catching up with everything I've missed and doing my blog travels seeing what everyone's been reading.

For now, I share one of my fav pictures of my holiday.

How cool is that dragon?!

Book Blogger Hop: Off the book topic - What is your favorite scary movie? 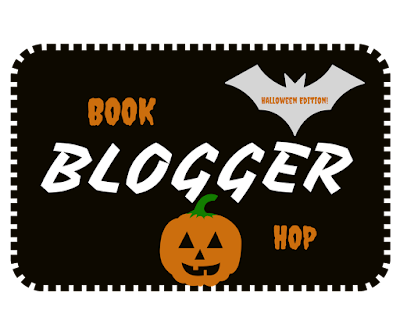 This week on the Coffee Addicted Writer's book blogger hop...

The Week's Question is:
Off the book topic - What is your favourite scary movie?

My Answer:
I don't like scary movies. I never have even though I've watched more than a fair few: It, Nightmare on Elm Street (1-3), Halloween, Friday 13th, Blair Witch, Scream, Saw, Pet Cemetery, Children of the Corn, The Exorcist, Child's Play... I just don't see the point in them.

I get no enjoyment whatsoever from being terrified out of my wits.

Maybe I just have an overactive imagination but I'm twitchy and disturbed for days after I watch something like that.

After I left my teens I decided I'd had enough and no matter what anyone said I wasn't watching them ever again.

Thankfully my other half has no time for them either so I never have to 'take one for the team' on that score.

The types of Halloween movies I like aren't horror scary, they're... Spooky. Atmospheric. Fun.
I LOVE Hocus Pocus at this time of year.
Beetlejuice.
Casper.
The Nightmare Before Christmas.
(Which is both a Halloween and a Christmas watch in this house.)
The Adams Family
Practical Magic
(Although I could watch this one all year round.)

How could I resist joining the Coffee Addicted Writer's book blogger hop this week when it's Halloween themed?
#HalloweenRocks!

This Week's Question is:
"Both Bram Stoker's Dracula and Mary Shelley's Frankenstein are considered classics. Have you ever read either of them?"

My Answer:
Yep, I've read Bram Stoker's Dracula back when I was in high school but I've never read Frankenstein.

Frankenstein is one of those books that's been on my TBR for years but I've never mustered the motivation to read it, even though I want to. It's the same for many classics: Jane Eyre, Pride and Prejudice, Lady Chatterley's Lover, Tess of the D'Urbervilles, Anna Karenina...
I want to read them but I never prioritise them over contemporary books.

Lately, I've been toying with the idea of creating a reading challenge for 2018 in which I read one classic novel every month, throughout the year, in order to finally see what all the fuss is about and why these books have stood the test of time.

"I shall tell you. My thesis is this, I want you to believe."
"To believe what?"
"To believe in things that you cannot."

"Yes! The flies like it, too, and I like the flies, therefore I like it." And there are people who know so little as to think that madmen do not argue.

Goodbye September! You've kinda freakin' sucked and I'm glad to see the back of you!
To celebrate September's demise (for 2017), I'm rounding up the month as part of The Caffeinated Book Reviewer's Sunday Post meme.

Why did September suck so badly, you may ask, and I'll tell you... Then I'll get onto the books and reading.

September 1 - Nicola 0:
I fell ill with a nasty cold/flu that flattened me for a week, made me miss work, and has left me tired and drained.
The only semi-positive of this experience was the reading time but even that wasn't as bountiful as I'd hoped because I was too busy trying to stay conscious.
Not cool September! Not cool!
😷
I did start re-watching The Vampire Diaries throughout my week of misery and found it surprisingly enjoyable.
I'd quit watching it mid-season 4 as it got so tedious but re-watching season 1 has brought back everything I used loved about it.
Think I'll continue on to season 2 and see if this time I can make it through to the show's ending.

September 2 - Nicola 0:
My hubby's car died a horrible death and as he drives over 400 miles a week on his work commute we had to replace it immediately which was a huge drain on the savings.
😬
The positive I'm taking from this is that we at least had some savings to allow to tackle this.

September 3 - Nicola 0:
Feeling left out in the car drama taking place in our household, my car decided it didn't want to be upstaged and delivered me a nice bill for a couple of new tires.
Bitch.
👿
My positive on this one is that at least it wasn't my clutch which has been playing up and would have cost me SO much more!

September 4 - Nicola 0:
Parental drama. I'm not going to go into much detail here, as it's not my story to tell, but my poor mum is going through the wringer with her job, various health issues and other things... I feel so helpless as I can't help her... When she ended up in hospital overnight she didn't even tell me, as she didn't want to worry me, knowing that I couldn't get to her seeing as she's back home in Scotland and I had all my crazy junk going on.
😢
My positive is that at least my mum is ok and she'll come through this.

September 5 - Nicola 0:
Knock out!
This one is the doozy.
This one is unforgivable, September!
The reason this one is the worst is because this one wont sort itself out with time and effort. This one I can do nothing about, no one can, and it's breaking my heart...

Friday, three weeks ago, I noticed that my fluffy, gorgeous, kitty cat - Freya - was drooling a little and it looked like one side of her face was a little swollen.
The morning after, I called my vet and took her in.
They had a look, said she had a couple of loose teeth and an infection. They recommended we remove the problem teeth and put her on some anti-biotics.
We booked her in for the dental work on the Monday.
When the vet went to remove the teeth, it became apparent that they weren't actually in the jaw bone anymore, just held in place by the soft tissues, and that the swelling wasn't just because of an infection, it was caused by something else.
They removed the problem teeth, took samples of the mass and stitched her up.
The samples were sent for analysis.
Freya healed from the surgery, the infection cleared up, the lump remained... Then on Thursday, this past Thursday, they confirmed the worst: It's a malignant tumour.
Because of where it is, they can't operate.
They can't do shit.

My gorgeous girl is only 11 and we're going to lose her... It's unbearable.
We've had Frey since we were students. Eleven years she's been our baby with fur and four legs.
She's the sweetest natured creature I've ever met. A cheeky, playful, lap cat and purr machine of the highest order.
She's been with us through university, graduation, the death of our grandparents, the loss of a baby, the birth of another baby... Through everything.
No matter how shitty a day is, she's there to cheer you up and she does... And she's going to be gone.
She should have so many more years with us... But she wont and our little family just won't be the same.
We already lost one of our beloved cats this year - early May - so this is ridiculously cruel.

She's on palliative care now and we'll be spending as much time as we can spoiling her - even more than usual - until the time comes to say goodbye.
At the moment, she's her usual self. If not for the swollen side of her face you'd have no clue she's sick. I know that she's going to start to decline but I'm hoping it's a slow decent and she gets one last Christmas... She loves Christmas. Plenty of dangly things to attack, ribbon to play with, gift tags to steal, tinsel to pull down, wrapping paper to play in, boxes to claim... But I know it's wishful thinking. I know she's got a little time but three months, with a good quality of life, is probably asking too much.

We wont prolong her suffering for our own selfish wishes. We know our girl and we'll know when the time has come.

For now life goes on and that includes our upcoming family holiday to Florida in October!

The challenge is dealing with the crippling guilt that's now attached to the thought of it considering the change of family circumstances but the holiday was booked back in March and isn't refundable.

Despite this we still contemplated cancelling but we were convinced not to by family, friends and the excitement of our son who isn't yet aware Freya is so ill.
Our vet also weighed in with the opinion that Freya will still be with us when we come home so... We go.
My father in law is going to stay with our kitties, he's one of Freya's favourite people, and will make sure our girl has all the love she could want while we can't be there.
Hopefully, I'll be able to re-kindle some excitement over the next couple of weeks.
Now, on to the books!

This month I read 10 books.

My thoughts on Magic Shifts

My thoughts on Magic Stars

My thoughts on Magic Binds

I Heart Forever by Lindsey Kelk

My thoughts on Wicked Dirty

Were Biker by Paige Cuccaro

My thoughts on Were Biker

Burn For Me by Ilona Andrews

I've got a load of reviews to catch up on from August as well as September so my goal is to get them written and scheduled for October.

I've fallen a bit behind on other blog bits but I'm catching up now... Anna at Herding Cats & Burning Soup is hosting a Blog Ahead event throughout October and originally I wasn't going to join up but after the cluster of this month I've decided that I'm going to give it a try! Having a bunch of scheduled posts in the pocket can't hurt for when life gets crazy.

I jumped onto the Book Blogger Hop this month to discuss banned books.

The Book of Choice giveaway winner has been selected - check out the widget - but I was late in contacting the winner because of everything that's been happening. Sorry about that but better late than never, right?

From the 15th of October, I'll be taking part in the Bookhounds Spooktacular giveaway so be sure to stop by and check it out.

My only other book related news is that I'm officially giving up on audiobooks and I've re-joined Kindle Unlimited... More on these to follow.

Some I've read already and some have been added to the TBR...
And that's that!
Sorry this was a really long update.

Thank god it's October folks!
Here's to a better month.