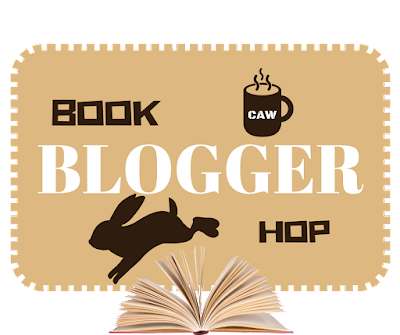 This week I'm back on the Coffee Addicted Writer's book blogger hop and this week's question is...

Question:
In regards of Banned Books Week, what are your favourite books that has been banned or challenged?

I honestly wasn't aware of whether I'd read a banned book.

From what I understand, the only prohibition with regards to books in the UK is books on child pornography but this is part of a general ban on child pornography so it makes sense... I guess individual establishments within the UK, schools and the like, may have different rules on what books they'll make available and promote but they're not legally enforceable like in some other countries.

In order to correct my general ignorance on the topic, I did some quick googling and what I found was that the following books, which I own and/or have read, were banned, at some point or another, somewhere in the world:

Catch-22, Joseph Heller
The Catcher in the Rye, J.D. Salinger
Where the Wild Things Are, Maurice Sendak
The Curious Incident of the Dog in the Night-Time, Mark Haddon
Of Mice and Men, John Steinbeck
The House of Night series, P.C. Cast and Kristin Cast
The Twilight Series, Stephanie Meyer
All Quiet On The Western Front, Erich Maria Remarque
The Diary of a Young Girl, Anne Frank
Black Beauty, Anna Sewell
The Harry Potter Series, J.K. Rowling
The DaVinci Code, Dan Brown
The Witches, Roald Dahl
To Kill a Mockingbird, Harper Lee

I'm genuinely mystified as to the logic of banning these books but profoundly glad that I don't have to put up with it.